The Wonders of God's Hand - doors opened to bring the "Beautiful to God" Conference to Romania! ~ by Amy Vest

Sometimes there are not words to express the wonder of the hand of God... and the joy of His plan for our lives! 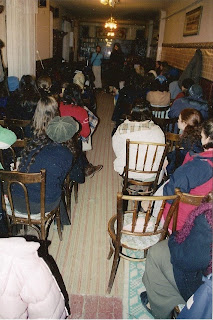 Over the past months, the Lord has been doing a deepening work in my heart in surrender to His will for me.  It has been a time of laying all the plans that I even thought were His will at His feet and learning the sweetness of living satisfied in Him and embracing as much of His will as He shows me - whether it be for the next moment, for the next year, or for the rest of my life.  This time has been so good in refreshing in my heart my hope in Jesus as the source of all that I need and the reality that He is my Master that I must receive all of my direction from for His glory alone!  My heart sang, "Jesus and His will are all that I want!"

In the mean time, He was unfolding a plan as only He can... and I am still stunned.

8 years ago, the Lord allowed the opportunity to go on a missions trip to Romania that my dad coordinated. The whole time was filled with the hand of God and so many stories could be shared, but one glows so strongly in my heart.

When we went to Romania, the Lord impressed on my heart, "Amy, just keep your eyes on Me." and this turned the time into something only He could do.

The trip began with giving tracts and food to the homeless, loving street children, and then presenting a conference for a church in Bucharest.  This was such an unforgettable time. 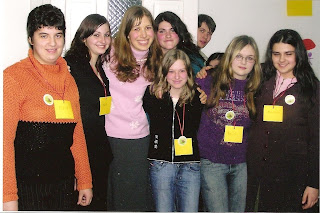 A large part of our trip was traveling to a village in the mountains of Sebis to do a conference for adults and children on the Christian life.  In my heart I longed to do something with young women, but didn't know a way to organize it.  Instead, I was a team teacher helping with the children's program.  The first night, in my small group there were 2 young women on my team.  The next night, they brought friends.  During the day we met other young women and invited them.  By the middle of the week, our team was so full of teenage young women that we had to split the team in two - my assistant taking the children and me taking the young women!  Is that not incredible? 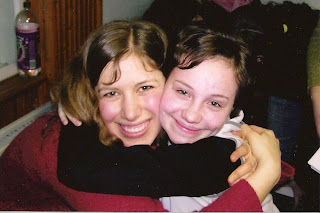 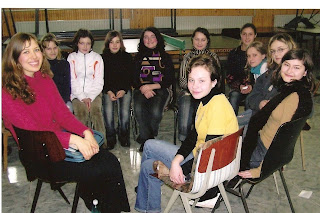 The young women and I gathered in a small room in the church.  They were so, so hungry to hear about Jesus, His Truth, and His plan for them!  We soaked in the rest of the week together, and even were able to have a special time one day where we talked more about the Lord and living for Him as a young woman and had girl time with tea, pastries, and chocolate.  The final night of the conference, I walked with them outside the church, and we said our final goodbyes.  The snow was falling and landing on their soft dark Romanian curls as we hugged and they begged, "Please don't forget us."  I never could forget them or the work the Lord did in that time.

Since then, I have been able to keep in touch with some of them in various ways.  One young woman in particular has continued to stay in touch.  After we left Romania, the Lord brought h
er to surrender her life to Him and He has continued to do an amazing work of growing her in Himself!  I have dreamed of going back, but never knew if it would be possible!

In recent years, a family whose father is from Romania began attending our church and I love their girls so much.  Our church supports a ministry that they have in Romania for widows and has sent people from our church to serve there.  This winter when we were riding home from church, my dad mentioned that they were planning to take another team and were wondering if I would be interested in going and presenting conferences for the young women in Romania... I was thrilled at the thought and wondered what the Lord had in store. 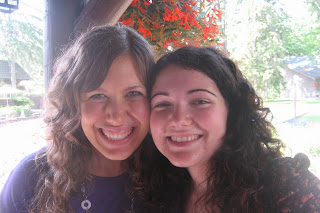 The missionary family that we originally worked with when we were in Romania 8 years ago was also willing to coordinate a conference in their town.  And, yes, the young women from the mountain village that had all of the young women was willing to help coordinate a conference in her town.  As we saw the hand of God opening doors, we were so excited and recently it was confirmed that, Lord willing, we (my dad and I, along with others from our church) will be going to Romania at the end of August! 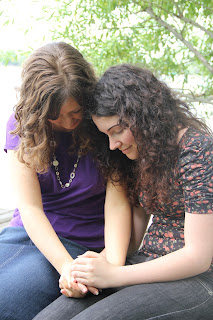 And on top of this, the young woman (in the picture above and to the left) who has kept in touch by email was coming to America for the summer, and not just America, but Minnesota, and guess where she flew in?  The airport by my house. She needed a place to stay the night of her arrival last week and we brought her to her destination the next day... But, in the hours between that, we shared sweet fellowship, talked about details for the conference, filmed a promo video for the conferences (in ROMANIAN!!!!), and she shared with me the needs of the young women in Romania.  Isn't the Lord incredible?

There no one like the Lord and there is nothing like living a life that is His - knowing Him, Him working in you, and living in surrender to His will!!!

And the story is not finished!  The Lord continues to work in ways that are leaving me in awe.

I look forward to continuing to share the wonders of our God!  His hand has done all of this, and we are so excited for what He is going to continue to do!

"Ah, Lord God! It is you who have made the heavens and the earth by your great power and by your outstretched arm! Nothing is too hard for you." Jeremiah 32:17
Posted by Loving the Lord Ministries at 9:30 PM

This blog is dedicated to encouraging girls, young women, and women to know, love, and follow the Lord with all of their hearts.

We are so glad that you visited and pray the Lord will bless you through your time here!

May He strengthen you as you seek and love Him!

~ Amy (Vest) Cox and the Loving the Lord Ministries Staff

We invite you to visit the home site for Loving the Lord Ministries at www.lovingthelordministries.org!

We love hearing from you!

Please write and share what God is doing in your life, give us your feedback on posts, and let us know any topics you would like to have addressed on this blog!

We look forward to hearing from you! info@lovingthelordministries.org